Using iPhone as a Musical Instrument in the Studio and Live

(This is an excerpt from a post I wrote with Farthest South band member Yair Etziony for the What People Play website. See the post for a mixtape by Farthest South)

The communication and technology revolution had brought many advantages and disadvantages with it.
No point of discussing all aspects that results from the reachable, immediate global communication, but you’d probably agree with me that the fact we’re here, and the rest of the world is there, (though it’s not there at all as it is here in our hands) – is astonishing, thrilling, scary, suspicious and fills with confidence in the same time. We’re all citizens of the world, and we’re living in a time that can finally see that truth happening, rising and taking shape in front of our eyes.

In our band, as appears in the traditional instruments list, I play bass guitar and effects. But over the last year I was experiencing more and more the usage of an iPhone. I don’t mean the apps that emulates all sorts of synths and makes your phone sounds like a VC3 or a Ringo snare drum. I’m using my iPhone as a mean of communication with the outside world, while playing. I get an access to all the possible sounds that exist outside the room, into the recording studio or venue. But I don’t know that I’m doing it. I mean, I do know, but I actually don’t. 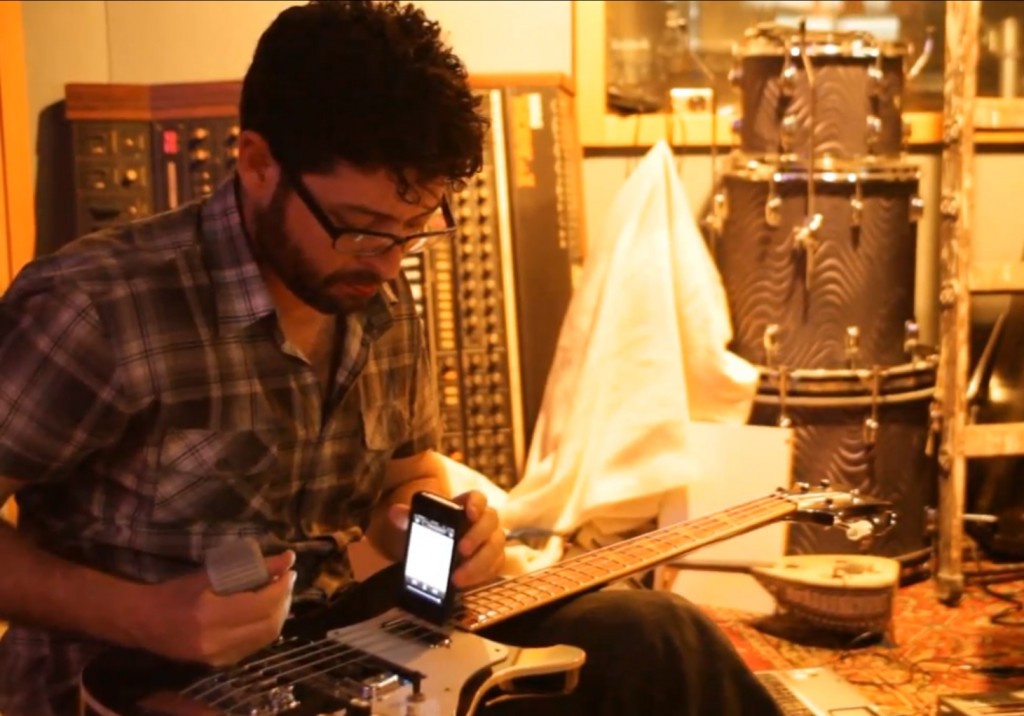 Sometimes during playing, I feel that I no longer sit in my studio in Tel Aviv with Berko and Etziony, the other Farthest South troopers, but that I’m a part of something that is much bigger than me. That something dominants my playing, it decides on the notes and sounds that I play with the bass and it also decides that it’s time to get that ‘something else’ into the room. Then, I start the YouTube app and unconsciously decide on a sound to pick up on. It can be an 80′s tv series theme song, a mantra, a cricket sound from a nature film or anything else that my subconscious sees at that moment as something that needs to get into the studio or venue at that very second.

I take the iPhone, play the video and put the device’s speaker next to my Rickenbacker neck pickup. I don’t have the control on the perfect angel of phone-pickup, and I don’t have control over the changes in volume of that sound, and I don’t have control of the resulting sound that will leave my effects. The result is a one-time sound that goes through resistors, capacitors, wires and electricity. Lots of electricity.  This random sound is the fourth entity in the room. That’s not me, but it is happening.

That not-self has its own life that sets the tone and dismantles all my intentions. Sometimes it doesn’t work musically and then I know I’ve been trying to control it too much or force it to be something that was not meant to be. But when it does work, the feeling that is created is of a path to an entire new way of being in that moment, and this is where I feel that I’m no longer in my little room, the physical room nor the mental one. And this, for me, is the pure essence of psychedelia.